It’s Not About Protecting Abusers… But It Should Be

Let’s talk about something reaaaaally bad. Protecting abusers. When one talks about transformative justice, or opposes carceralism and ostracism in any way, they are bound to face, at some point, someone shouting “you’re just trying to defend abusers !”. And I’ve yet to see someone responding something other than “No, I’m not!”. And I get it. Nobody wants to be seen as being the bad guy, or siding with the bad guy. But here’s the catch.

If this idea scares you, I get it. That’s a frightening idea, indeed, for a handful of reasons.

Because, first, where’s the line?

Trying to find it is hard, and scary. It require us to make sometimes bold decisions, like, when needed, saying to a victim of abuse that they’re being unreasonable and unnecessary destructive. It requires us to make decisions that, sometimes, are not accepted by everyone, and that we might regret one day. It requires us to dirty our hands and lost a little bit of our certainty to make the right decisions or be on the right side of things. In comparison, to side with whoever is perceived as the victim and fight against whoever is perceived as the bad guy is utterly easier for the mind. It’s easier to deal with harm and abuse between people when we believe some of them deserve to be harmed because they’re bad – or, more precisely, when we operate under a framework in which nothing done to them can be conceptualized as abuse, because we made them, in our mind, the embodiment of abuse itself.

But, second, won’t it be weaponized?

Won’t abusers weaponize any commitment to protect them from abuse so that they could avoid accountability? Won’t they use that to be even more abusive, and with the full support of the community no less? And the answer is: yeah. They will. At least one of them will. 100% sure of that. But what’s the alternative? The alternative is saying that once we’ve proven someone is bad enough, then it’s ok to be abusive towards them. And the bad guys should accept it, otherwise they’re even worse and deserve even more violence. And nobody should defend them and care for them, because that would make them bad and deserving violence too. And so I ask: how that discourse cannot be weaponized by abusers?

There’s quite a handful of gruesome stories, out there, of horribly wrong relationships where one partner has been accused by the other of abusive behavior, and, subsequently, accepted constant mistreatments for, sometimes, years. And they accepted everything because they believed they deserved what was happening to them, because it was their bad behavior who caused all of it. And they believed the whole queer/feminist/anarchist community would condone the abuse they received, because they saw themselves as abusers who don’t deserve much better. They sometimes went as far as feeling thankful to their partner for staying silent about what they’ve done. These stories usually end when the “abuser” realize they should leave and/or stand up for themselves. And usually, this realisation takes the form of a flipping of categories: “oh, i’m not the abuser here, i’m actually the victim”.

And it angers me so much. As much as I empathize with the authors of these stories, as much as I feel their pain, which looks a lot like mine, I think they repeat the same ideological pattern that informed the abuse they received in the first place. Because when they claim they actually weren’t the abuser but the victim, they imply that the way they were treated would have been fair if they truly were “the abuser” of the story.

So, I guess what I’m saying is: if you’re against “protecting abusers”, and you’re comfortable with the ambiguity of this phrasing, then you are, plain and simple, advocating for abuse. I’m not only saying that you are believing too much in your ability to distinguish who’s the “abuser” and who’s the “victim” in a given situation – including your own ability to realize when you are abusive. I’m also stating the fact that being abusive towards “an abuser” is still being abusive.

And I don’t care so much for what you think about that.

At some point, that’s not even political for me. It’s just about survival, you know.

Because I’m both a victim of abuse and an abuser. And as a victim, I need friends, lovers, and a community where I’ll find protection, care and justice. And as an abuser, I need the exact same things.

And you might believe I don’t deserve protection, care, or justice. That’s all right. You do you. It won’t prevent me to look for it, though.

Because I need people around me. Who doesn’t? And what I want is people who will make me face my shit; who will confront me when I’m being harmful; who will name the abuse and put a stop to it. But I also need them to still see me as a friend or a comrade in the process. At the very least, to still see me as a human, deserving protection, care, and justice.

In my experience, those who least do the former (confront abusers) are frequently those who least do the latter (treating abusers as human) anyway. Because, of course, it is more difficult to name and confront a friend who’s being abusive when it has to mean that they’re a monster. But, also, because staying silent on abuse and ostracizing the abuser come from the same urge: it is different ways to not have to deal with abuse in a community – to not engage with it, to veil it. Those who betray the victims and those who betray the abusers want the same thing: for abuse to be someone else’s problem.

As for Transformative Justice…

Most of the most prominent voices for transformative justice in radical communities explicitely state that they “don’t want to protect abusers”. Which means that, since I’m an abuser, I’m not safe with them. That’s as simple as that.

Transformative Justice advocates itself as better than “punitive justice” because it’s more healing, less destructive, more able to build strong communities. And it might be. But the problem with what we call “punitive justice” is not that it is punitive. It’s that it’s not justice. It is abuse. Done in the name of justice, sure, but folks, most abuse is done in the name of justice.

We harmed others in a way that expose us to socially justified retaliation; we’re seen as morally inferior, abnormal, dangerous, evil. When we recognize and explore how much harm we’ve done, how wrong we’ve been, etc., it put us in a very vulnerable place. Of course, you cannot abuse your power over someone without having this power in the first place, but being an abuser is not a position of power: it is a position of weakness, a stigma, a threat to your very existence. Why do you think I’m not signing this pamphlet with my full name?

I get why it can be difficult to say out loud that abusers should be protected against mistreatments, abuse and unnecessary violence. But, if you’re not ready to say so, then “community accountability” and “transformative justice” is about a community we’re not in, and a justice who’s not for us.

And, I’m sorry, but I’ll not settle for that. 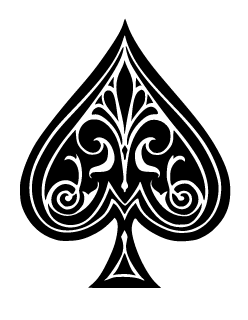